Section of Virology, Department of

To better understand the evolution of

the human genome, the many thousands of human endogenous retroviral sequences

(HERVs) need to be enumerated and characterized.  An expert system,

“Retrospector”, which does this in an automated fashion has been

motifs, then tests if they come in a logical order, at logical distances from

each other.  The system then uses the motif information to attempt a

translation of the gag pro pol and env genes, taking into account similarity to

known retroviral proteins and absence of stop codons.  The system can

operate batchwise, and can cover large stretches on its own.  The system,

and some results from the human genome, will be presented. 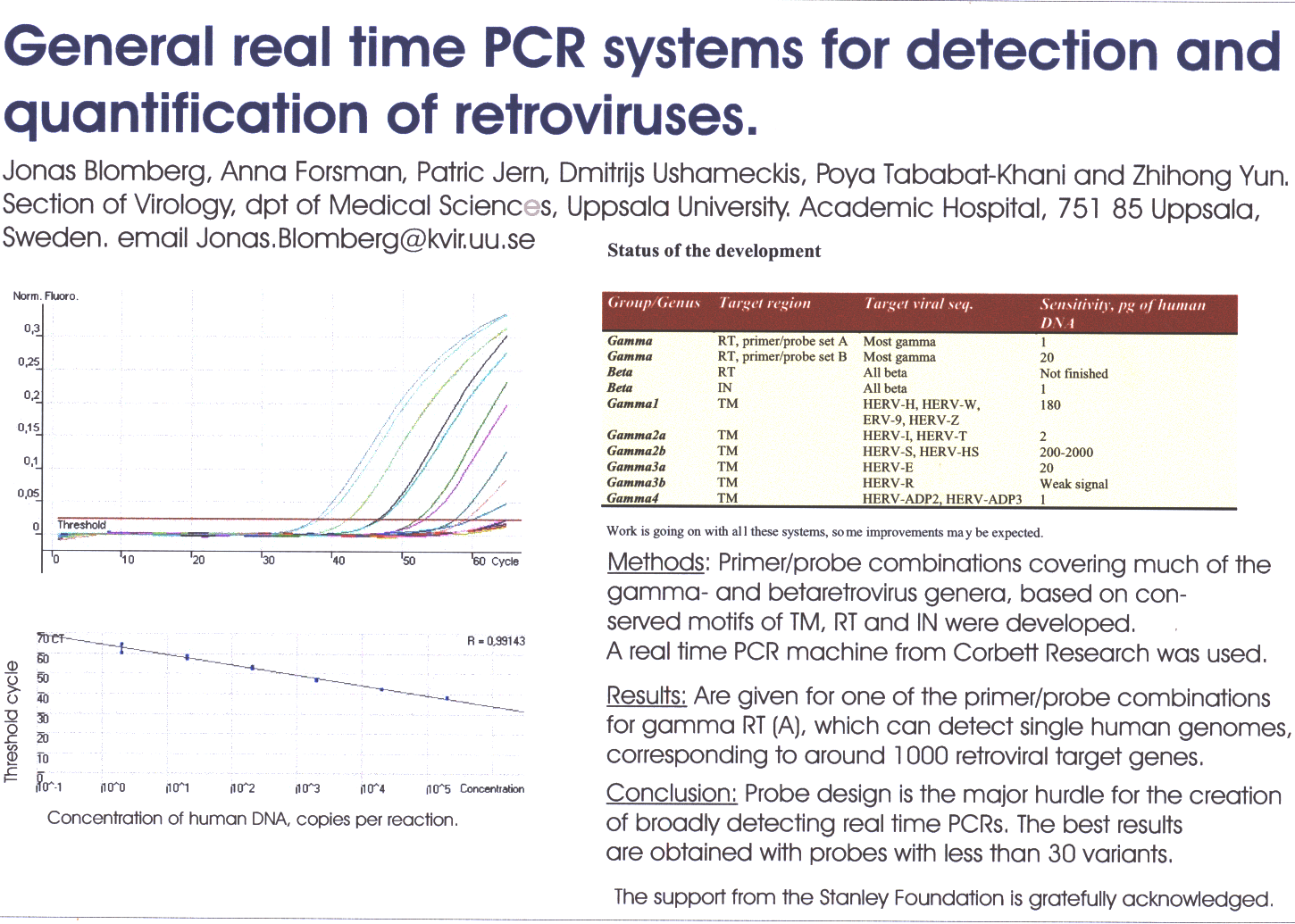